Codes G02 and G03 are designed to perform circular interpolation. G02 command is used to move in an arc clockwise, and G03 - counterclockwise. 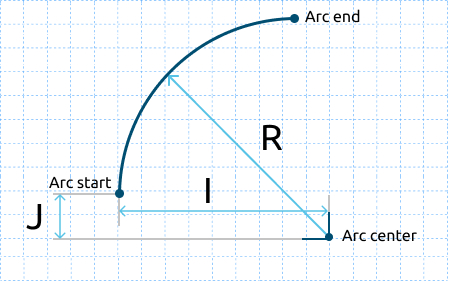 I, J, K are used to determine the center of the arc


Using I, J, and K, you specify the relative (incremental) distances from the starting point of the arc to its center. 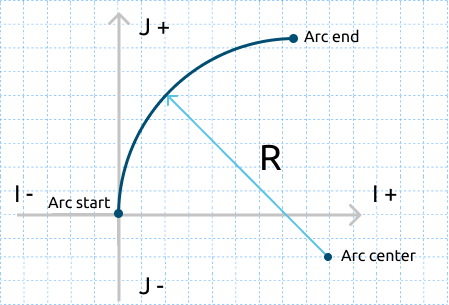 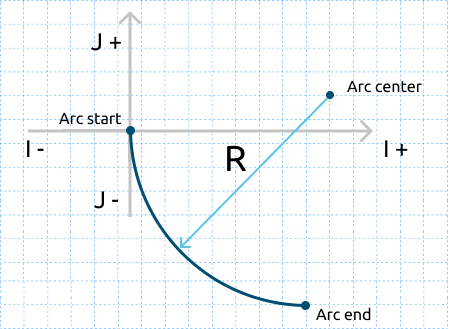 Arc with R
A simpler way to specify the center of the arc is based on applying the address R (radius). To unambiguously determine the shape of the arc, you must specify the corresponding sign in front of the numerical value of the radius R. For an arc that is greater than 180 °, the value of R will be negative. For an arc that is less than 180 °, the R value will be positive. 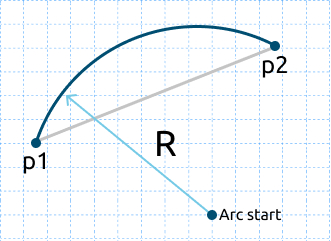 Since the arc is less than 180 ° (its center is located outside the chord), then R will have a positive value 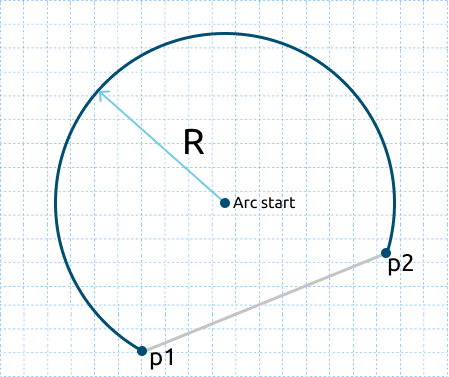 Since the arc is greater than 180 ° (its center is located inside the chord), then R will have a negative value

Using G02 and G03
Let's see how circular interpolation works, using an example. The following fragment of the control program moves the tool along an arc with a radius of 8 mm from point A (0; 0) to point B (8; 8) with a working feed speed of 80 mm / min.

Since the center of the arc is at a distance of 8 mm along the X axis and 0 mm along the Y axis relative to the starting point A, then I will be 8.0, and J is 0. The resulting arc is only a quarter of the full circle. Let's try to describe the whole circle gradually. 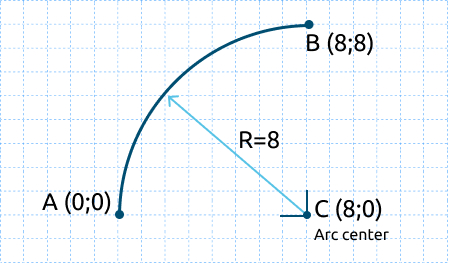 The next frame moves the tool from point B (B1) to point B2. Since the feedrate does not change, there is no need to re-specify the data F-word.
Since the center of the arc is at a distance of 0 mm along the X axis and 8 mm along the Y axis relative to point B, then I will be 0, and J will be -8. Thus, we were able to create a displacement along an arc from point A to point B2 using two frames.
Currently, most CNC systems allow you to perform an operation to describe the full circle in two or even one frame. Therefore, the movement from point A to point C can be written as follows: 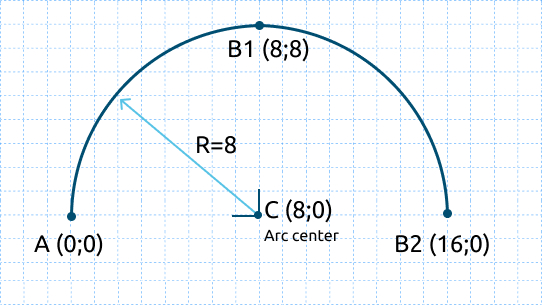 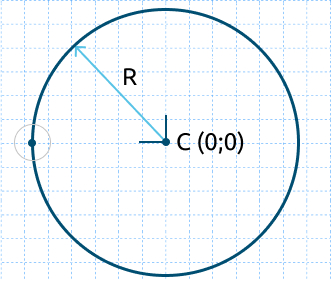 Full circle description in one frame is also possible.

Spiral.
If the XY plane (G17) is activated and the Z word is programmed in the circular interpolation block, then a spiral forms in the XY plane. The direction of the arc or spiral in the XY plane can be determined visually.

An example of a spiral: 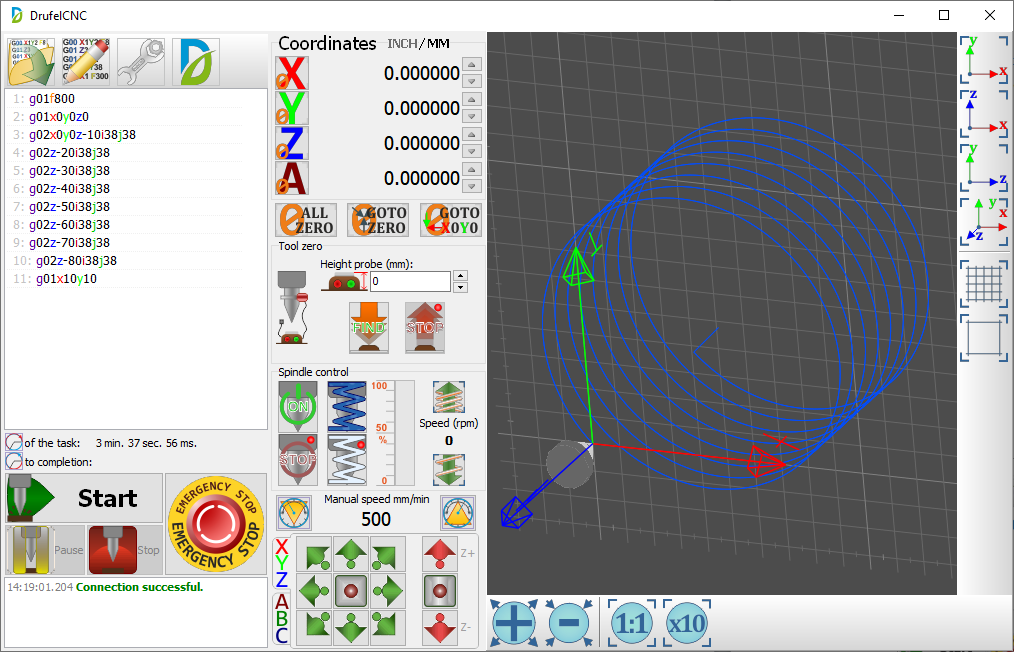 An example of a finished program: 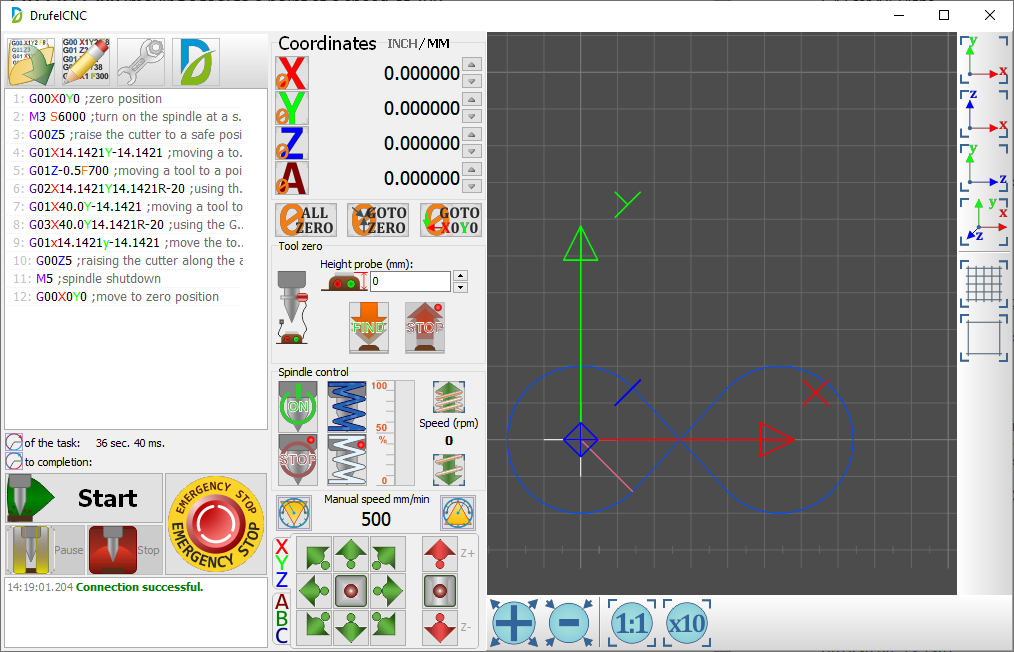